Yep, it’s another viral Facebook challenge. Maybe this one wasn’t as popular as the Black & White Photo Challenge from 2017 – I only had a few friends participating in it. That could be perhaps because there was a very similar one from a few years back. The first one was 15 movies and it was just a list in one post. This one sort of combines the original movie challenge and the black and white challenge.

The rules are basically the same as the photo challenge – post one picture a day for 10 days and offer no information. As usual, you’re supposed to tag a new player each time. (And as usual, I ignored that part.)

Again, my blog, my rules ~ so you get the extra info as to why I chose these. And also why I strategically started on the day I did.

My second favourite movie of all time. The very first Studio Ghibli movie I saw, which introduced me to a whole new collection. Without Ghibli, my world would be missing much of its magic. 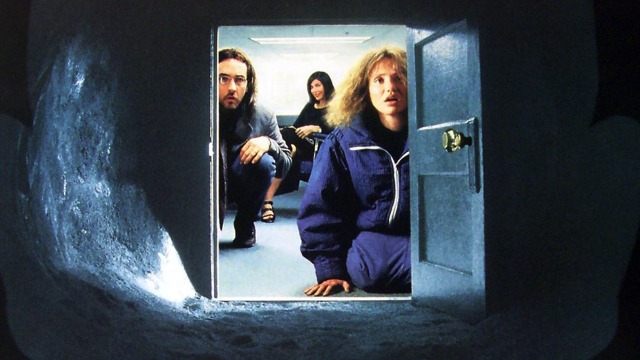 Granted, I haven’t seen this movie for years (Time for a rewatch!) but when I first saw it, I was enthralled with the idea of entering someone else’s mind and living their life, seeing what they see, sensing everything they sense. I have come back to this idea time and time again. It’s something I’ve tried to explain when I talk about how everybody has a unique view.

Another favourite. Like the grandfather says to wee Fred Savage, ‘it has a little bit of everything’ – action, adventure, romance, comedy, fairytale, fantasy, magic. And some of the best quotes ever!

Another gateway movie. I wouldn’t say this one started an obsession but it definitely fell into it. The fact that it was a mainstream hit was nice because it made a lot of subsequent releases from China much easier to obtain. It’s also another favourite of mine that has a good blend of action, fantasy, and romance. And my favourite quote – “I would rather be a ghost drifting by your side as a condemned soul than enter heaven without you.”

Day 5: What Dreams May Come

This movie single-handedly convinced me that suicide is probably not a good idea. Kept me hanging around a lot longer than I planned. (Kind of … curious and slightly distressing that the star of the movie ultimately committed suicide himself.) There are actually quite a few really big ideas in this one that 15 year old me really took to heart and thought pretty deeply about and that I still hold to this day. I believe the idea that we create our own realities and ‘the afterlife’ will probably be also of our own creation and unique to each of us.

The nerdy part of me loves the period/literary side of this movie. I’m also a fan of the love story. But the main reason this title is on the list is because my best friend in junior high, Meaghan, and I were obsessed with it. Neither of us felt that we fit in well with our contemporary peers and something about our (maybe somewhat self-made) ‘outsider’ status made us gravitate towards both the period and Anne’s ‘romantic’ sensibilities. 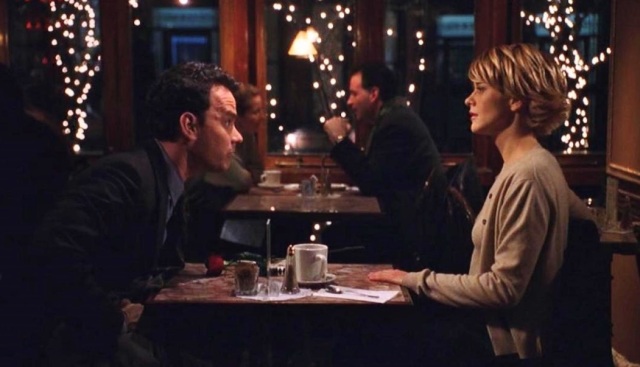 From a superficial standpoint, I just love this movie. Straight up guilty pleasure. But, like the last one, means something a little bit more to me. My best friend in high school, Tara, and I had a weak spot for super girly, over-the-top romcoms. We watched them all together. Meg Ryan and Tom Hanks as a duo were the epitome of the genre and this movie came out right when we were all about it. I miss my friend.  😢
There’s also an aesthetic of NYC in the 90s that I will always love. (Think Friends.) 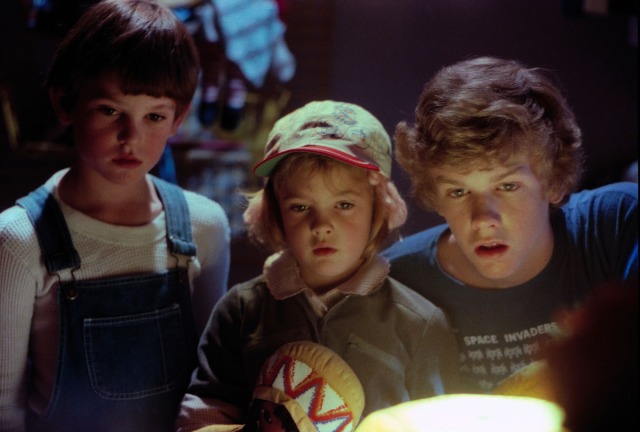 In my top 5 of all time favourites. Actually, it was number one for many years. I ADORE this movie. I was only 2 when it came out but I remember all the merchandise around my house. (We even had a bottle of ET bubble bath and I remember twisting his head off. Very weird.) I think it was the first VHS we ever owned too, when my parents finally caved and bought a VCR. It’s almost always been a part of my life. I love it for the purity and for the nostalgia and the 80s aesthetic and for the magic and the story.

Like with many beloved trilogies (or sagas…), it’s impossible for me to pick a favourite so I’m including the original trilogy as one long movie. Similarly to ET, Star Wars has always been a part of my life. It’s a near perfect story that has become a legend and phenomenon.  And P.S. I love Han Solo. My first fictitious crush.

This should go without saying. Twilight changed my life. And it has continued to grow with me over the past 7 years. And again, I’m referring to the entire saga.

I picked today to post this one specifically because, in a few hours, I’m leaving for my (likely last) trip to Forks to do my dorky Twilight-related geeking out for 10 days. If we’re friends on Facebook or if you follow me on Instragram, look forward to those pictures. 😀

This entry was posted in personal and tagged Facebook tag, movies. Bookmark the permalink.

1 Response to The 10 Films Challenge