After we deboarded, went through customs (Okay, I know customs agents are not known to be the friendliest people ever, but mine actually shushed me!), and got our luggage, we were met by our supervising teacher (who arrived a day before us) and the heads of our placement preschool at the arrivals gate. The preschool (henceforth shall be referred to as LHK ~ Learning Habitat Kindergarten) had arranged to transport the 10 of us from the airport to our hostels in a chartered bus. Made the hour-ish long drive more enjoyable. 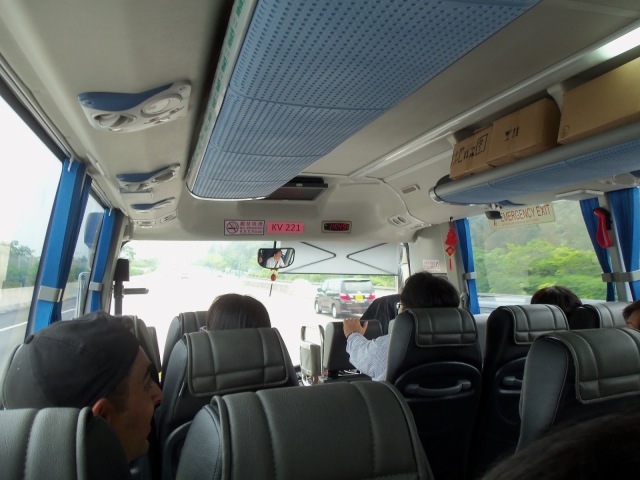 There wasn’t too much to see leaving the airport. It looks like any airport anywhere. And the highway was pretty boring too. Cars on the wrong side of the road, and scenery reminiscent of Jurassic Park, aside, of course. Once we headed into civilization, it struck me again, as it did when I first got off the plane in Japan three years ago, that the world looks the same everywhere (at least, everywhere I’ve been). There is grass, trees, bodies of water, roads, and people. It’s like I’m expecting to step out into some alien territory and surprised when that DOESN’T happen. 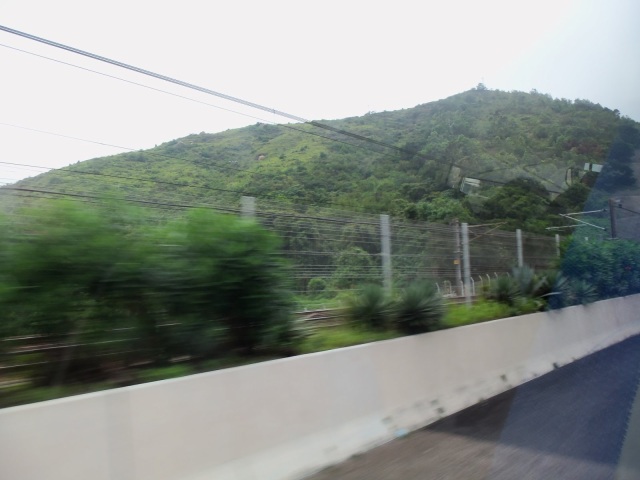 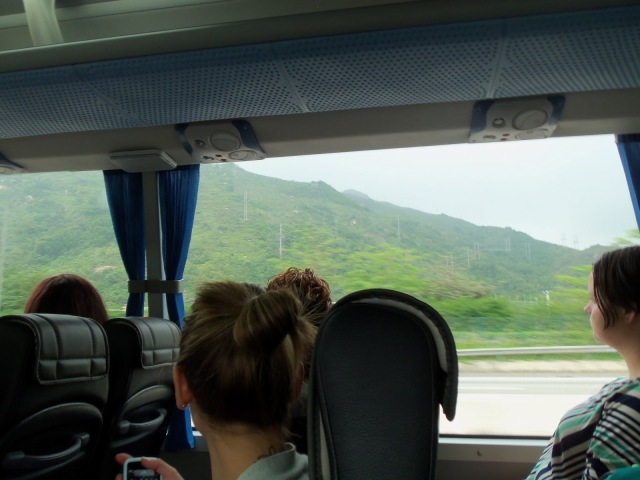 The buildings look the same as they do in any city, albeit, ginormous structures much taller than you would want to live in, and seemingly from that ugly 70’s era architecture style. 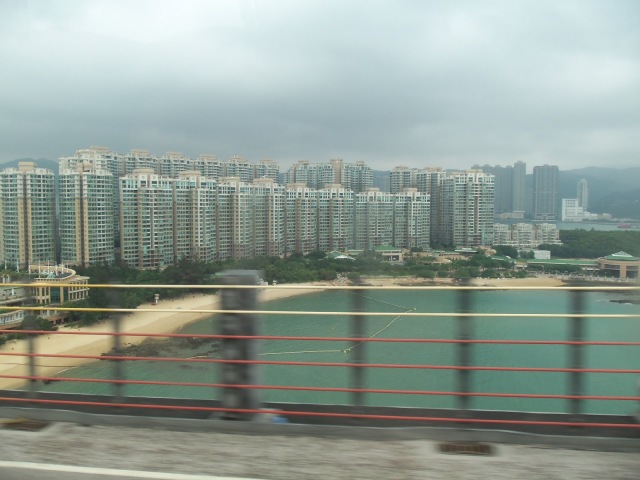 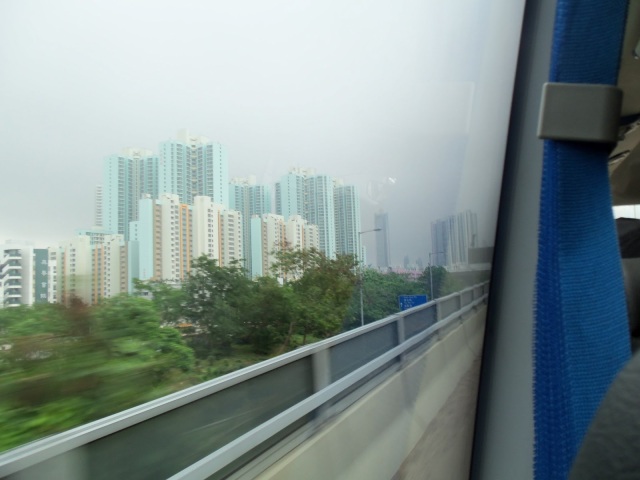 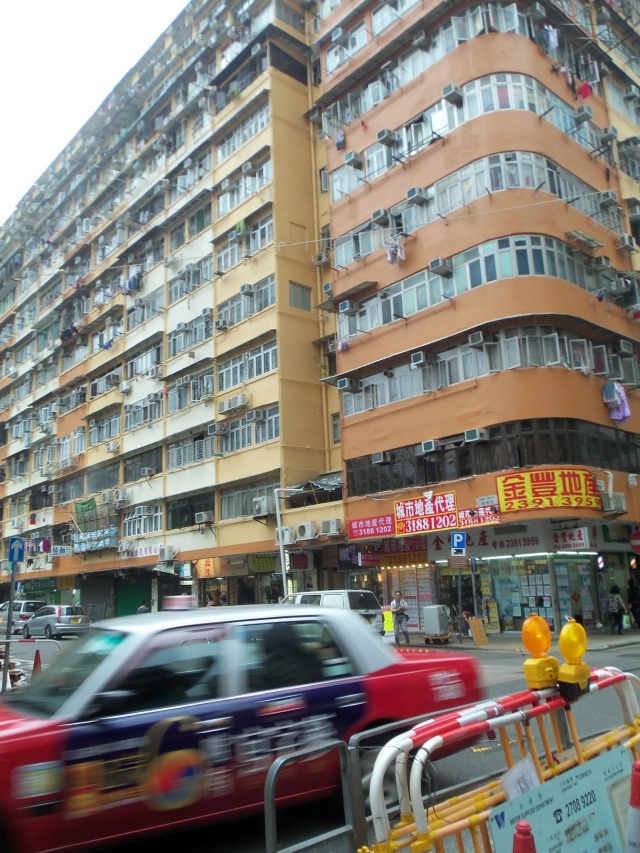 We pulled up in front of the first hostel and all piled out of the bus, scrambling, yet again, for our luggage. Between the 10 of us (11 if you count our teacher), we are all staying at different variations of “YesInSpace” hostel. 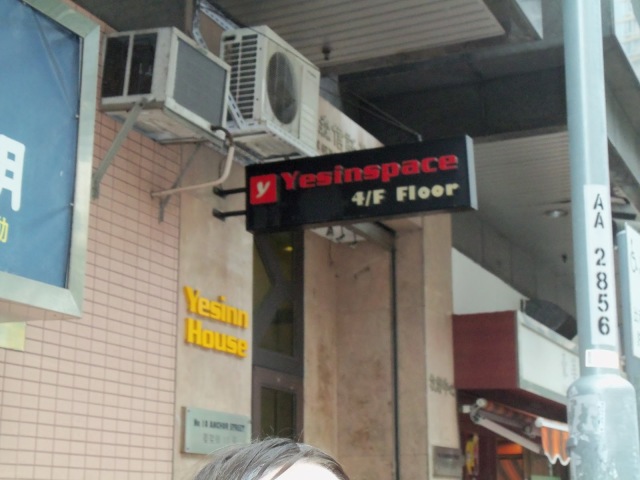 4 of the girls are in 2 rooms in the first building, “YesInn”. I haven’t seen them but they all reported back that the rooms are extremely tiny. (Maybe I’ll get in one and get some pictures or something.)

So the remainder of us carted our stuff along the street and around the corner to the first building. We waited outside while the first group of 3 to get an “apartment” went up and got settled. Then, finally, my two roommates and I walked back around the corner and down the back street to another door that looked just like the first (and apparently, just like the one our teacher uses as well) and went up to our own apartment.

At some point, I HAVE to get some video of the trek up here. The streetscape and hallway are foreboding. You think you are in BIG trouble… Anyway, we’re on the 14th floor. You feel as though your life is in danger when you’re in the elevator. And when you step out in the hallway of the 14th floor, you think you might be in hell. But then you unlock the door and breathe a sigh of relief. Yes, it is a very tight fit for three of us, but at least it’s liveable. (We get the one guy, so he gets his room and the other girl and I share bunk beds. How… campy.)

You walk in immediately into the “living room”. There is a tiny (and weird – cause there is no shower stall, per se) bathroom on the left. The “sofa bed” is on the right. (I use quotations because I don’t agree with using these terms to refer to them.) There are really nice, brand-new looking hardwood floors. The bedrooms face you, boy’s on the left, ours on the right. And the world’s smallest kitchen is on the other side of the couch. That’s it. 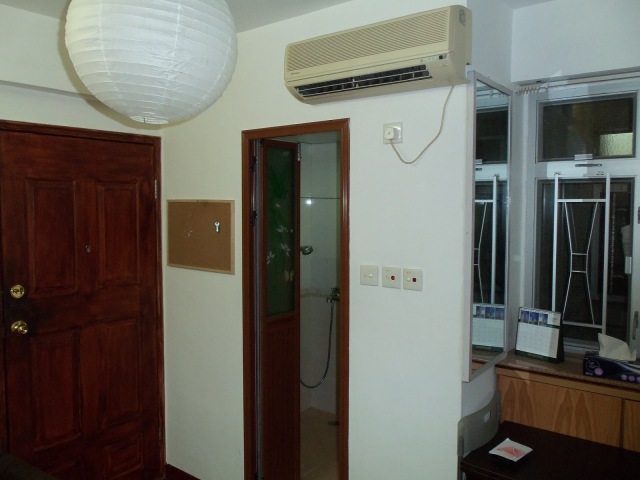 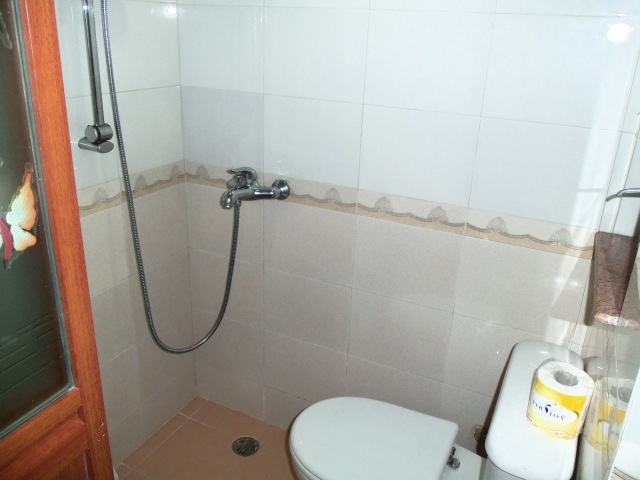 Shower while you pee? 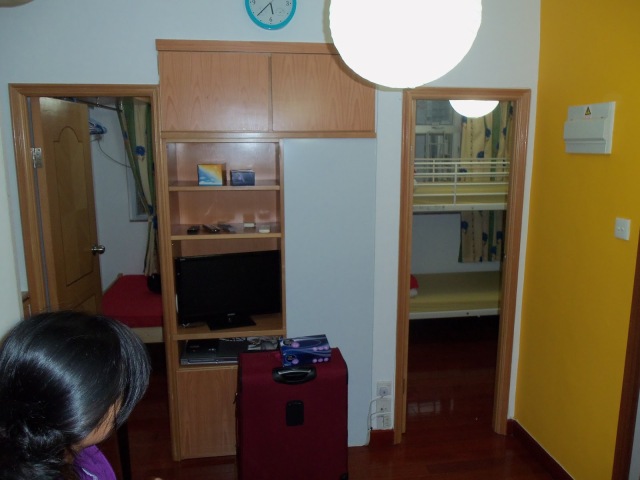 view from the door of the bedrooms 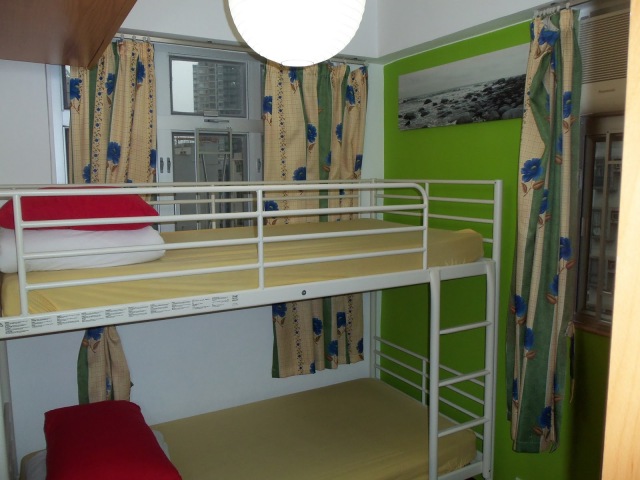 top bunk is mine 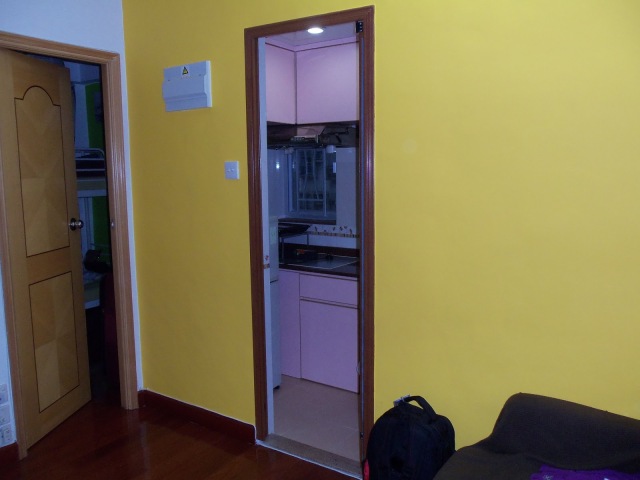 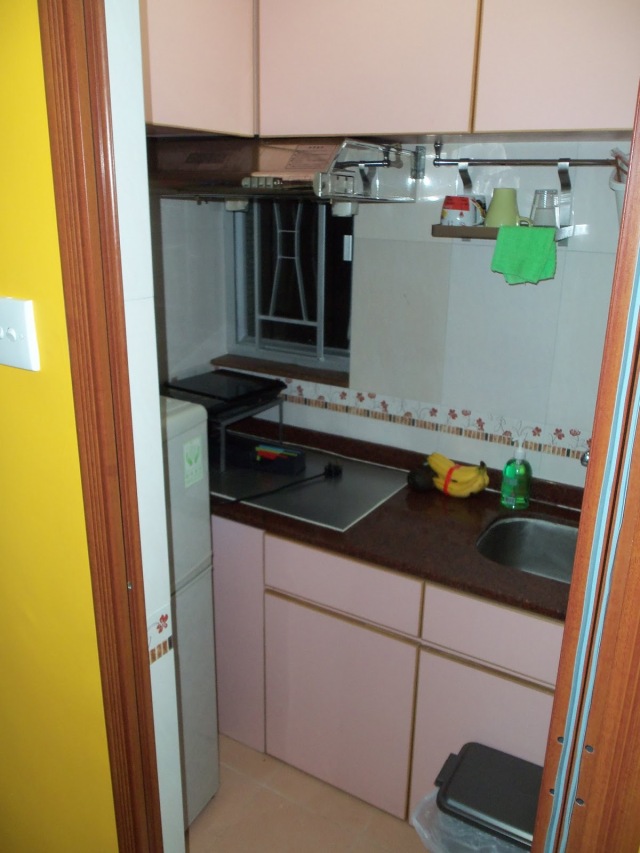 I’ll put some pictures here but I’m not sure that what you’re seeing will make sense to you. I’ll take video at some point and post it on YouTube so you can get a better idea of what I mean.

After we had all deposited our luggage, there was still more they wanted to show us. We each got a cell phone, provided by LHK (so nice of them!) with, I believe $10 prepaid, so that we can contact them and each other. 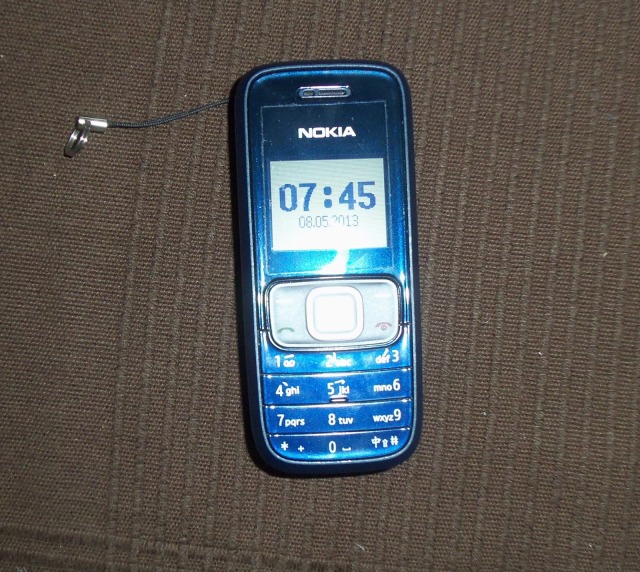 We headed back out (BTW, SO humid and gross. It was only about 25 degrees Celsius today but felt yucky. And now it’s raining.) and down to the bank, McDonald’s and a supermarket. I didn’t need the bank, since I am oh-so-prepared, and I wasn’t in the mood for McD’s since I can get that anywhere (and the menu was sparse and unappetizing anyway), so my roommate and I went down a few doors to a bakery. I got my usual suspects ~ cha sui bao, bo luo bao, and gai mi bao (bbq pork bun, pineapple bun, and coconut bun) and also bought a can of Pocari Sweat. (There are a LOT of Japanese products I’ve seen wandering around). It came to less than $20HK. We took our purchases over to McDonald’s and I ate everything I bought while I sat there waiting for the rest of them. 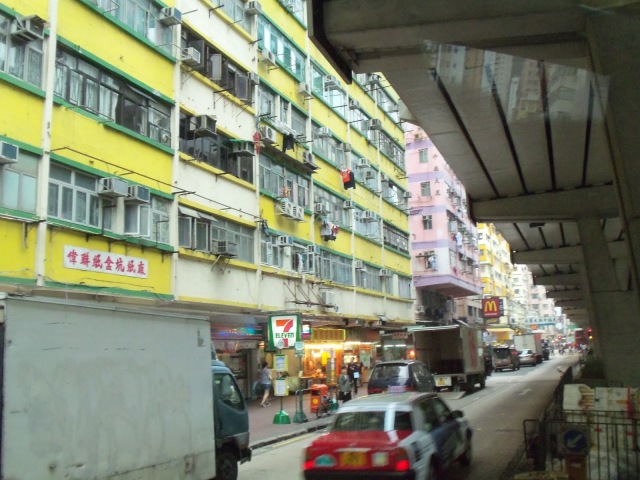 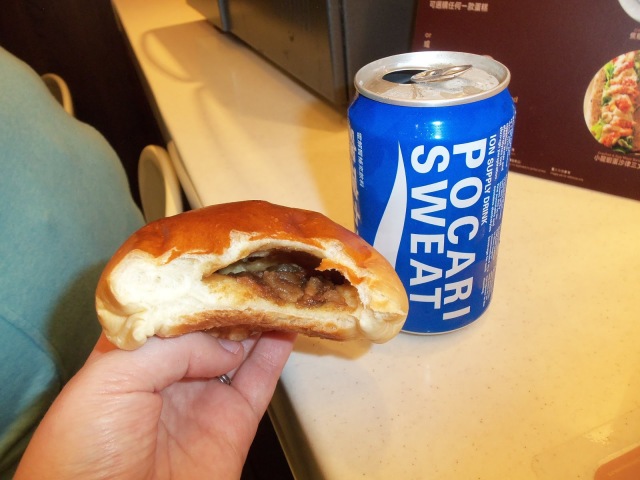 On our way over to the supermarket, we passed by a 7-11. I decided I need tea in the morning, so I went in to get just a tiny carton of milk. One of the girls, who has been back and forth to HK quite a bit, says milk here is gross. But I can’t very well have tea without it. So I’m going to try. I really hope it works! A month without tea…. Ai-yah. I also bought a bag of Calbee pizza potato chips. The kind with the melted cheese on them. Hubby and I love them. Another Japanese thing. In fact, I think I may eat them now as I sit here and listen to the rain.

At the supermarket, the three of us (roomies) pooled ideas to see what we would need. Ended up spending $341.56HK which is roughly $45 Canadian. Things like towels, mildew spray, dish soap, toilet paper, etc. While I was there, I looked for sugar, which I found easily, and tea bags. Note: If you are ever planning an extended visit to somewhere far from home and you are particular about things like that, BRING YOUR OWN! It hadn’t even crossed my mind. Which is weird, because I take my own tea bags and sugar to my parent’s and sister-in-law’s houses when I visit. Maybe I just assumed… China, land of tea. Yeah, well… I ended up with a tiny box of no-name English breakfast tea. Sooooo not the same thing. What I wouldn’t give for just a couple of bags or Red Rose orange pekoe… Now, at least you can learn from my mistakes. 😛

After that excursion, I think everyone’s nerves were shot. The three of us just left the rest of the group there and headed back to our place. I think it took less than 10 minutes for girl to pass out. Boy did a little unpacking first, then he passed out too. So I’ve just been sitting here, catching up on messages, Twitter, and blogging. Can’t complain. Really need the downtime.

And, I don’t know if it’s the air or if this apartment is full of mould (cause the cupboards really stink) but I cannot breathe. I am super stuffed up. This will make for fun sleeping. But, I think as soon as I upload some pictures on this thing, and post it, I am going to call it a night. It’s only 8:30pm here right now. But travel really does take a lot out of you. 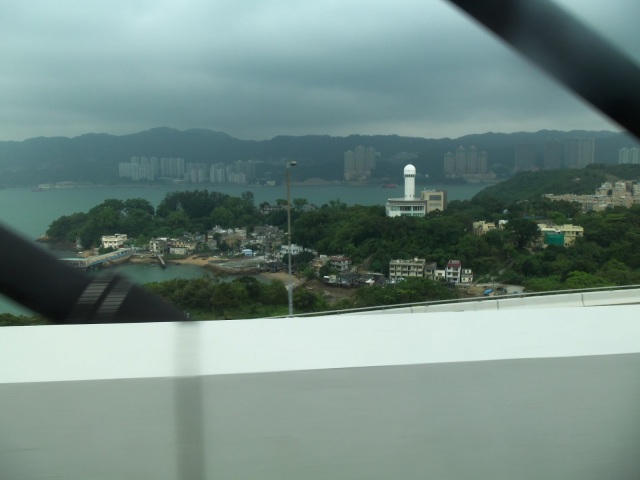 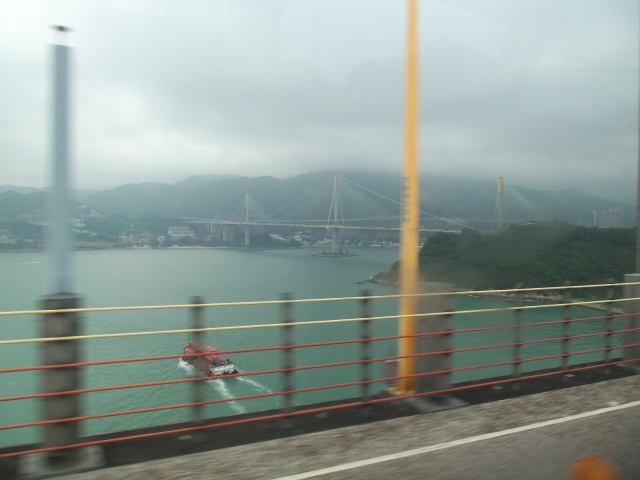 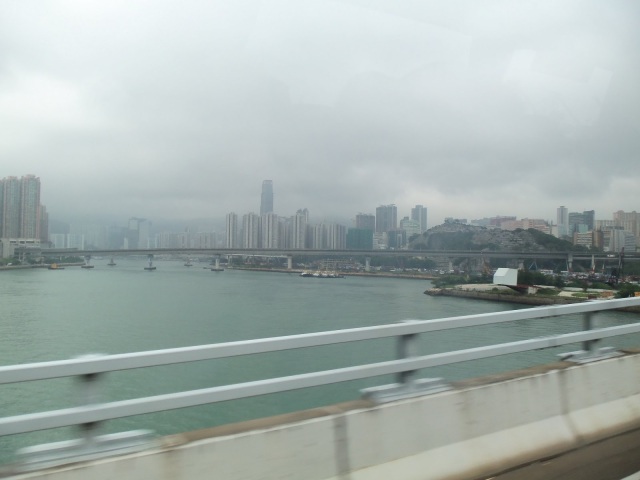 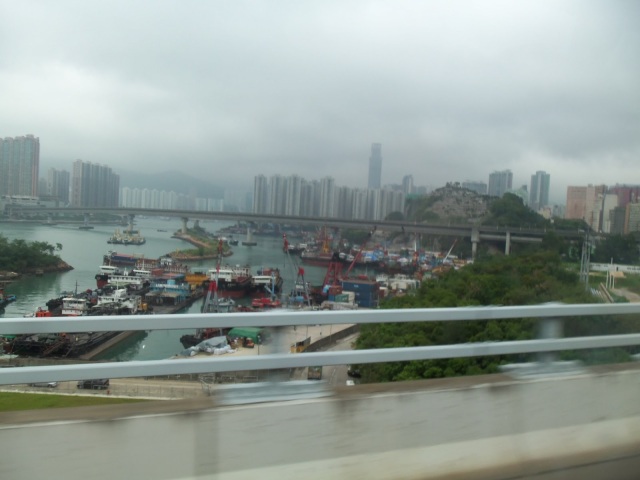 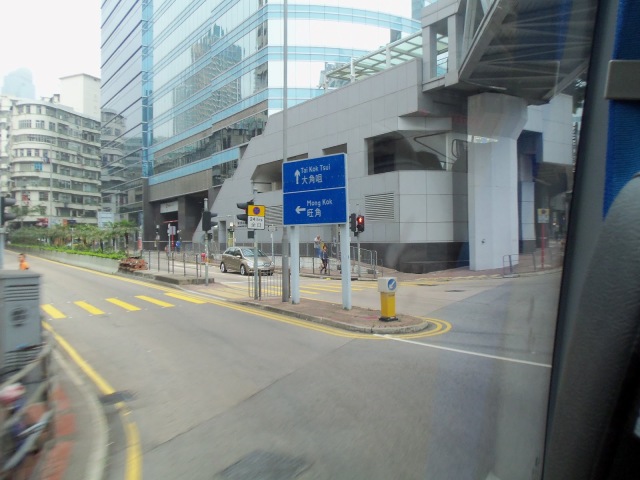 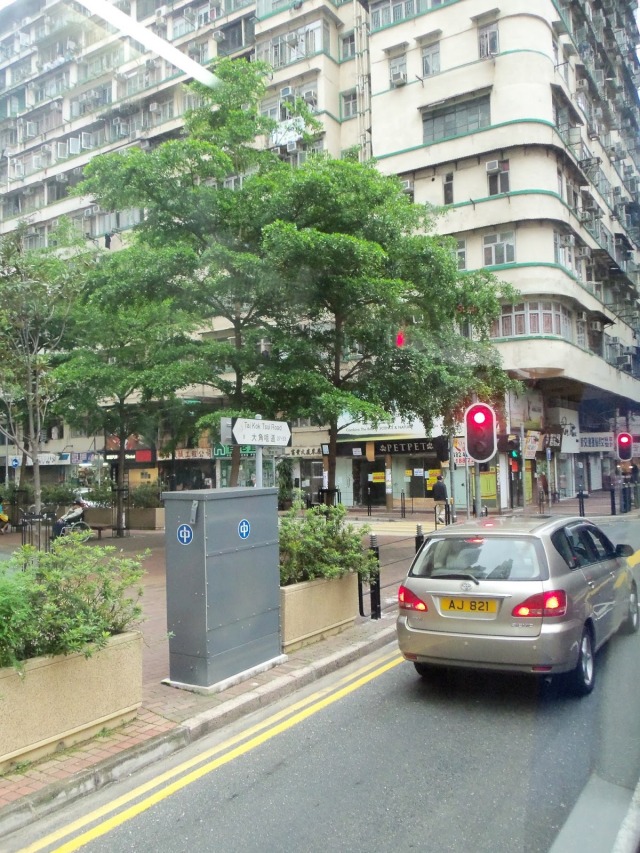 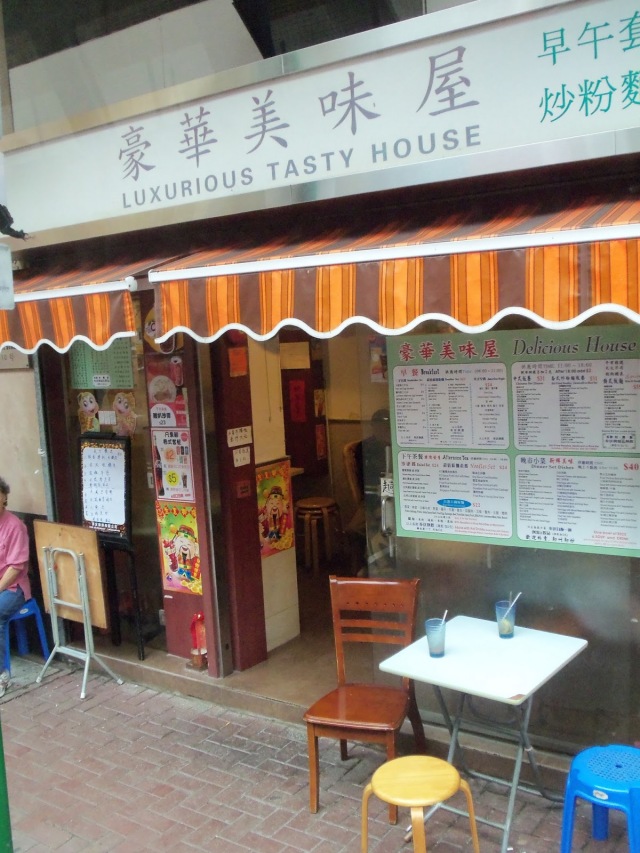 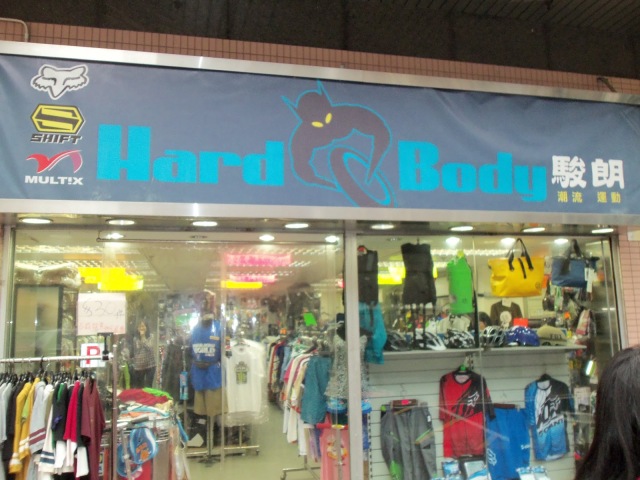 By the way~ I have no idea what posting here will be like. I’ll try to do it every day. But once I start “work” on Monday, I may be exhausted. I promise nothing. 🙂 But thanks for reading. If there’s anything you want to know about specifically, let me know. Or just leave a comment to say hi so I don’t feel like I’m talking to myself. I’m all lonely in a faraway country. *lip trembles* (And I know how to lay the guilt on thick, too.)