“Before Twilight, I never gave a shit about celebrities at all (except for Rivers Cuomo, cause I love him immensely). Even when I first watched the movies, I didn’t give a crap about the actors. It was the story I was there for. But delving into Twiverse, watching interviews with the stars and following their non-Twi careers, you almost feel like you know them.”

In fact, when I came across people who obsessed with various celebrities and invested in their personal lives, I would (secretly) make fun of them.

As I’ve said before, my need for my Twilight heroin made me branch out into watching the interviews of the leads for the extra tidbits about the series they might offer or the added insight (back story, motivation, etc.). That was the original point of it.

But~ the more I watched, the more captivated with them I became. Namely by Rob and Kristen. Cause they’re so awesome. As actors, as creative people, as human beings (IMHO, anyway). You really do feel like you get to know them, or at least a part of them. They both come across as so genuine and humble. (And downright cool, if you ask me!)

The more I watched him, the more I was enthralled. Dazzled. His mannerisms, his sense of humour, his intellect. He’s not hard on the eyes either. Every single thing about him. I feel weird saying it at my age but this is the first real celebrity crush I’ve ever had. (At least since Joey McIntyre when I was 9!) My thing for the lead singer of Weezer, Rivers Cuomo, is more of an artist appreciation thing. Let’s put it this way… Rivers isn’t on my “list”.  (You know… the list of 5 people you’re allowed to sleep with with your husband’s blessing. Your “freebies”.)

Yes, I am completely enamoured of Robert Pattinson.

And I think I’ve already made clear the high ideal I hold Edward Cullen in.

Those two points being said, the two are not synonymous. In interviews, Rob has repeatedly said that fans like him because of Edward. (Always so humble!) As for myself~ in a way, it’s true but more accurately Edward was a means from which I learned about Rob. I had never heard of him before. And as soon as I started developing my little crush on Rob, in my mind he was completely separate from Edward. They look different, act differently, obviously speak differently. Actually, it kind of freaks me out when Rob speaks without an American accent while in costume. 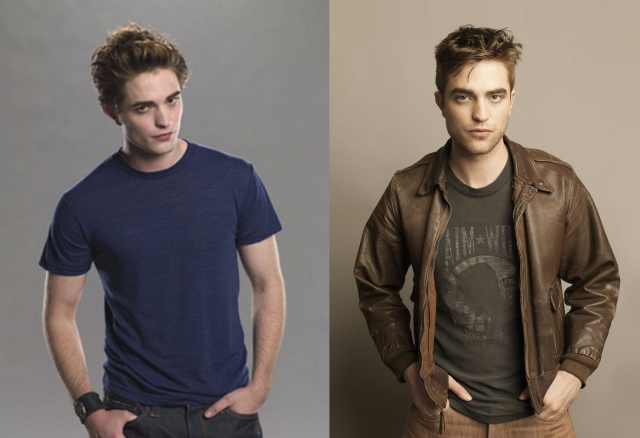 This entry was posted in twilight and tagged Rob Pattinson. Bookmark the permalink.