My Love for PUFFY

Note to start: NOT referring to Puff Daddy/Puffy/P. Diddy. As far as I’m concerned, he stole the name from these two. 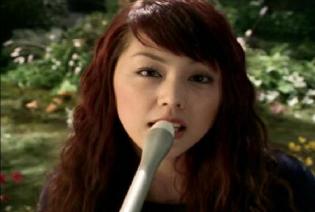 One night, way back in 2001, I was awake late into the wee hours (as normal) and I was watching TV in bed. Back when Much Music still played music videos, I guess they had a segment late at night where they played videos from around the world. I just happened to turn it on when a video for a Japanese girl duo was playing. I can’t link it to YouTube, because it’s been taken down since I stole it but I have a copy saved on my hard drive. At the time, it just struck me as so weird and awesome. And I loved their style and look. I must have written down the name of the duo and song because I spent a few years searching for it every time we upgraded our computers and new music sharing sites came up.

Eventually, as I said, the music video surfaced on YouTube where I snagged it and also found a bunch of other songs by PUFFY (known as Puffy AmiYumi in North America, due to the copyright confusion with Sean Combs and his ever-changing name). I fell absolutely in love with the pair. They are so cute and their style was like nothing I heard in western music. I am uncertain of the exact years, but I know it was while I was living in my apartment (so between 2003-2006), I tracked down most of their albums on Ebay and had them sent from Japan. Although they had already passed their most active phase and the albums were already pretty old by the time I was listening to them, I can credit PUFFY with starting me on my search for accessible J-Pop.

Even though I have quite a collection of Japanese pop music spanning several decades (albeit not even close to well-rounded), I have yet to hear anything like them and they still remain one of my favourite duos of all time. I miss them.

Here’s a live version of that song that captured me as a fan, so you can at least have a taste.

Update: The live version I originally linked to was taken down from YouTube as well, but since then, another (albiet crappy quality) video has been uploaded so here you go. Let’s see how long this one lasts…

And here is a link to someone else’s blog post with more information about PUFFY.

This entry was posted in japan and tagged j-pop, music. Bookmark the permalink.