Now is the time when I have to start looking into places to stay in Japan. We’ll definitely be in both Tokyo and Kyoto again, but since we haven’t narrowed down if we adding other stops and which those might be (Nikko? Nara? etc.), I haven’t even started with those yet.

I saw a video about a group of themed hostels in Tokyo from a girl I subscribe to on YouTube who lives in Japan. She only highlights the one she stayed at (obviously) – the ninja one – but they also have samurai, kabuki, origami, labratory, and “world” themed ones. They look so cool! And the prices are pretty good.

But Hubby said “shared bathroom? No way.” So that kiboshed that idea. But if you’re headed to Japan and aren’t afraid of shared facilities, check it out.
Khaosan Tokyo

Another cheaper option are the business hotels. Meant for business men who don’t live in the area but are attending late night company parties and meetings, I guess. They are often VERY cramped, but at least have the privacy that hostels and economy hotels lack.

This list has a few, as well as some other options.
10 Best Budget Hotels in Tokyo

And for the extremely budget conscious, check out this list of options. (McDonald’s? Really?)
Gaijin Pot – Cheap Accommodation in Japan

I have a feeling Hubby is NOT going to go for any of those options. He mentioned just staying at the same place we did last time – the Prince Park Tower Hotel in Hamamatsucho. It was pretty expensive… but hey, he’s paying. Whatever. It was also super nice, so I would not complain. 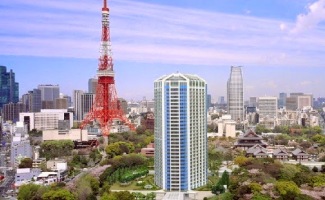 As for Kyoto~ last time was stayed at the Hotel Granvia. Again, super nice… Super expensive. 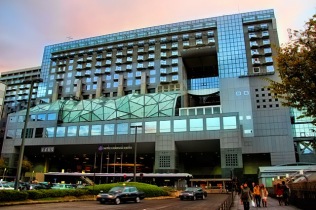 It was great. Connected to the Kyoto station. Very convenient. But… not helpful for anyone who doesn’t want to spend a shitton. I gotta work on that to come up with some more affordable options (whether we go that route or not ourselves, it’s helpful info for other people who may be looking at this to help plan their own trips) so I’ll get back to you on that later.

A lot of stuff I know about Japan – these little tidbits I become obsessed with – are usually things I hear about from documentaries. One (of the thousands) of these things I saw on a doc and am enchanted by are machiya. Otherwise, townhouses. These would be the really old, street front homes. Generally one would think of Kyoto for this type of home. There was a lot of them being renovated in recent years and I just found out that someone has turned some into guest homes. Sweet!

So, this may be an option too.
Kyoto Machiya

I have yet to show it to Hubby so we’ll see how that goes. It looks amazing. *fingers crossed*