Get to Know Miranda

Do you blog? Nada

What other social media sites do you use? FB, insta, pinterest, tumblr, groupme

5 little-known facts about you:
I hate crickets. With a passion.
I was a nerd in HS.
I tend to shy away from females unless I really get to know them.
I played the clarinet for 4 years while simultaneously playing the french horn for 8.
I have an unhealthy obsession w anything chocolate.

Questions stolen from Twi-Between:
When/how did your Twilight obsession begin? Funny story. I hadn’t even really heard of the series. I was a chaperone on a trip to NYC with students from my friends class and on the bus ride they put Twilight into the dvd player. I fell in love instantly. As soon as we got back home I ran out and bought the book. Two days later I sent my husband to the store to pick up the other three. I’ve been obsessed ever since.

What is your favorite Twilight quote? “But, if I had been able to take your place last night, it would not have made the top ten of the best nights of my life. Dream about that.” Edward – Eclipse

Who is your favorite non-holy Twinity (minor) character? Do you have to ask? (kmah’s Note: Miranda may or may not have a slight infatuation with Erik Odom…)

Which is your favorite Twilight movie? Eclipse

What is your favorite song from any of the Twilight soundtracks? A Thousand Years

Ideal vacay? Forks, set stalking, Brit Pack concert, or a non-Twi premiere? Been there done all have the pics to prove. Except Bobby. Need to see him and love him and feel him and caress him.

What is your favorite non-Twilight film of a Twilight star? Remember Me

What is your favorite Twilight memory? Meeting all you lovely h00rs

New Questions:
Who is your favorite Twilight actor? Mr. Pattinson

What has being a fan of Twilight opened up for you? New friendships and crazy obsessions

What is your craziest fangirl moment? Yelling to Erik from the top of the bleachers holding a Team Erik sign
(kmah’s Note: Not this?)

Who is your favorite NON-Twilight vampire? Don’t really have one

Fanfiction Questions:
What are you reading right now? Saving Me by MadeleineJade

Who is your favorite incarnation of Edward (specifically, from which story)?  I like all Edwards

What are your fanfic hard limits? Don’t really have any. Will usually try anything out at least once.

What is your biggest ficpeeve? Descriptions in lemons always being the same. “She tastes like the sweetest nectar” BLAH

Who are your favorite authors? Butterfly Betty

Why do you read fanfiction? Like to immerse myself in a world not made of my reality

What other fandoms do you count yourself a member of? Really not any. I watch other series but Twilight is the only one I immersed myself in.

How Miranda and I met: Whilst planning my trip to LA for the BD2 premiere, I decided to do what most people do to save money and still be able to store their luggage safely and shower, which is find a bunch of girls to spilt a hotel room. I got Miranda’s name from @twibetween and the two of us started chatting on twitter. The OCD part of me was super impressed with her crazy hotel room prices breakdown chart. (Anyone who knows me knows how much I love a good chart!) Along with Jodi, we formed a group to camp together and helped each other bare the waitlist stress. Hard to believe that was a year ago already. 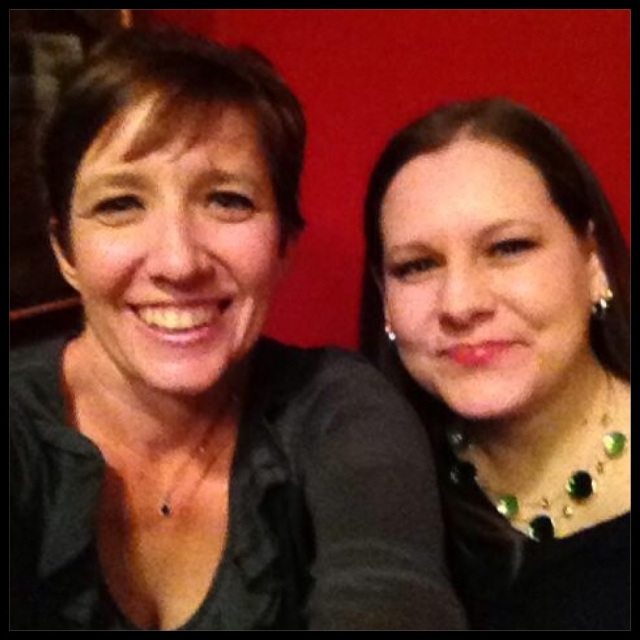 1 Response to Get to Know Miranda