So… this will be back dated, obviously, so it fits in the timeline but today as I write this, it’s actually October 30th… 2014. Yes. I’m four and a half years late on updating this blog. And I’m really sad about that, because I’ve forgotten sooooo much.

I’m not really gonna say much. Just post pictures and a bit here and there for clarification. Sorry I suck.

First thing in the morning, we went over to the Mori Tower (in Roppongi, next to the Hyatt) and looked around – famous for their upscale shopping and views of Tokyo Tower. 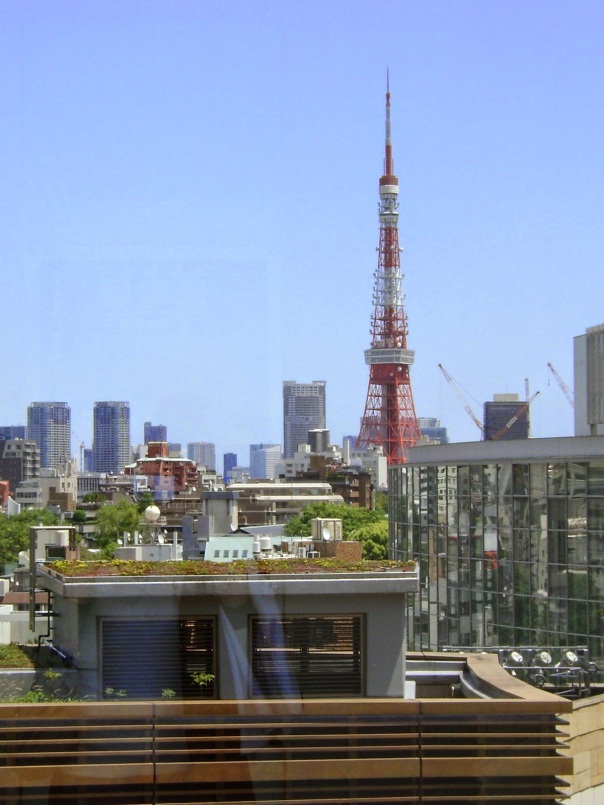 At some point, we must have hit a konbini. I remember eating onigiri while sitting on the bed at the Hyatt. It must have been from the night before.

Despite being in the land of REAL sushi… we chose “New York Sushi” for lunch. Americanized, fake stuff, but the best versions of California roll and Dynamite roll we had ever had. 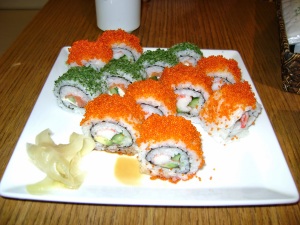 We packed up and headed to our less expensive (still really expensive, but considerably less so) hotel, the Park Prince, in Hamamatsucho (pretty much right next to Tokyo Tower).

I was amused over our taxi driver watching kung fu movies on a dashboard mounted DVD player. Those are illegal here for safety purposes but his driving didn’t seem to be hindered by it. I was also again enthralled by the “real life” doilies on the seat covers and entranced by the fact that the passenger doors open and close automatically. Still waiting for that feature in North America…

Hubby wasn’t happy with the first room we had (asked for non-smoking and it wasn’t) so we moved up one floor. That was fun trying to explain that to the non-English speaking porter girl…

Our view wasn’t on the tower side, but we could see the next door temple, called Zozoji, and a distant view of Odaiba and the Rainbow Bridge. 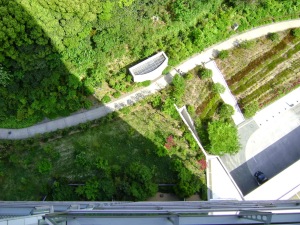 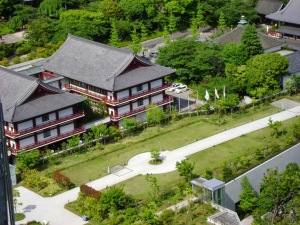 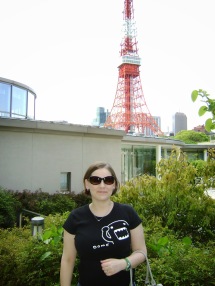 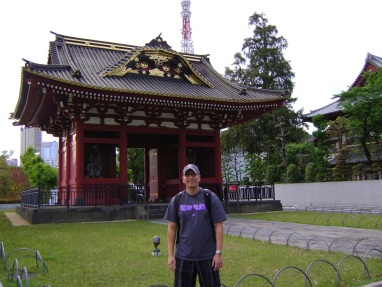 After a 15 minute or so walk to the Hamamatsucho station from the hotel, we took the subway to Akihabara.

(For those that know, each station in Tokyo has a “song” that plays when trains are approaching. It helps when you are on the subway, coming to your stop, but might be sleeping. You know it’s time to get off without opening your eyes. I became obsessed with “our” song and ended up bringing home this keychain as a souvenir.) 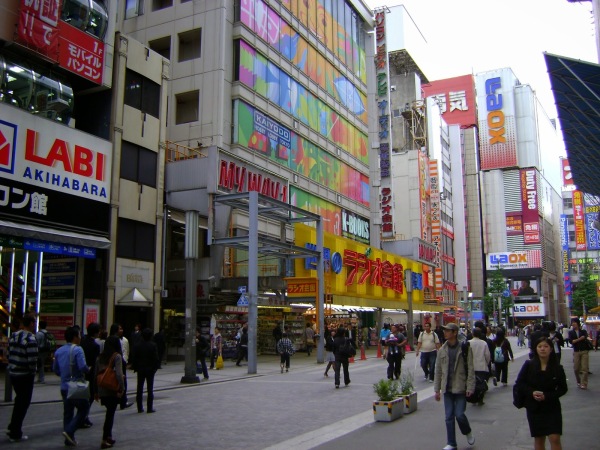 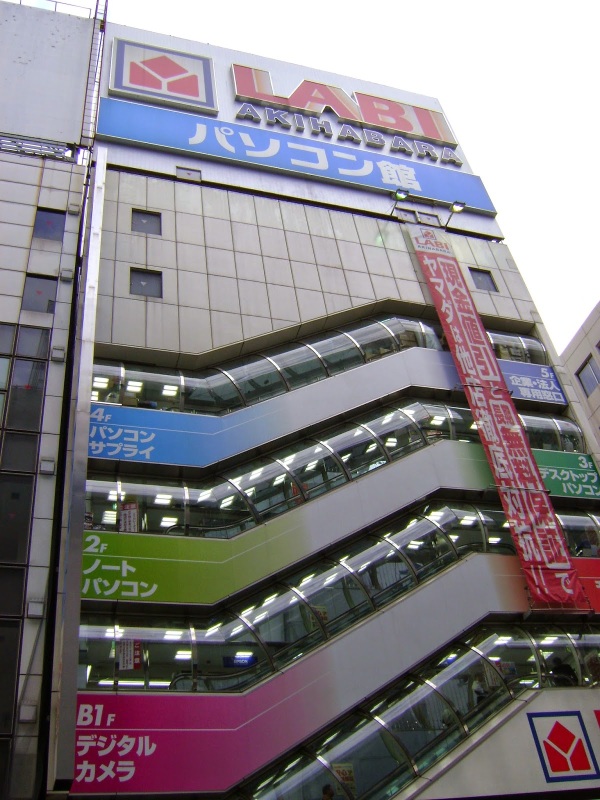 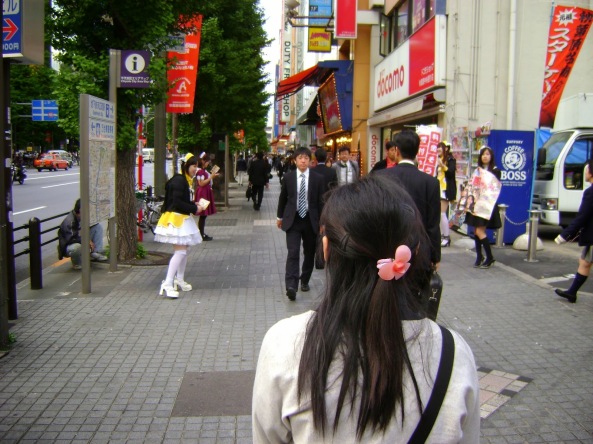 There are “maids” (It’s a thing. If you don’t know, Google it.) lining the streets handing out fliers for their various cafes. Don’t take pictures of them. You’re supposed to pay for that honour. We didn’t know. 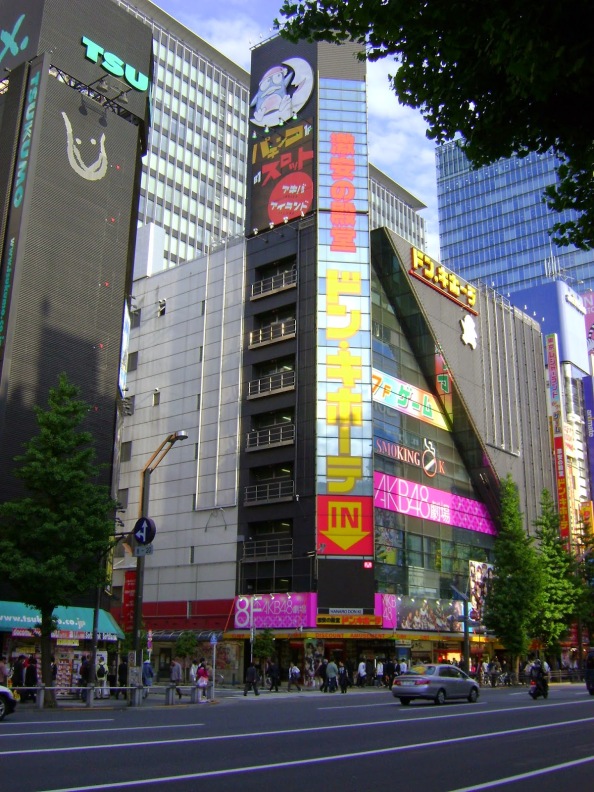 Donki Hote building. One of the coolest places ever!

gamers paradise (I was bored.)

The main thing I needed to check off my to-do list was to check out @home Cafe. It’s a maid cafe I had seen online for the past few years. Even though I had planned out the trip on Google maps (street view is amazing, BTW), it took us awhile to find it. Eventually we did. You aren’t allowed to take pictures inside any of the cafes, but our dinner “sets” came with a photo op with a maid of our choice. 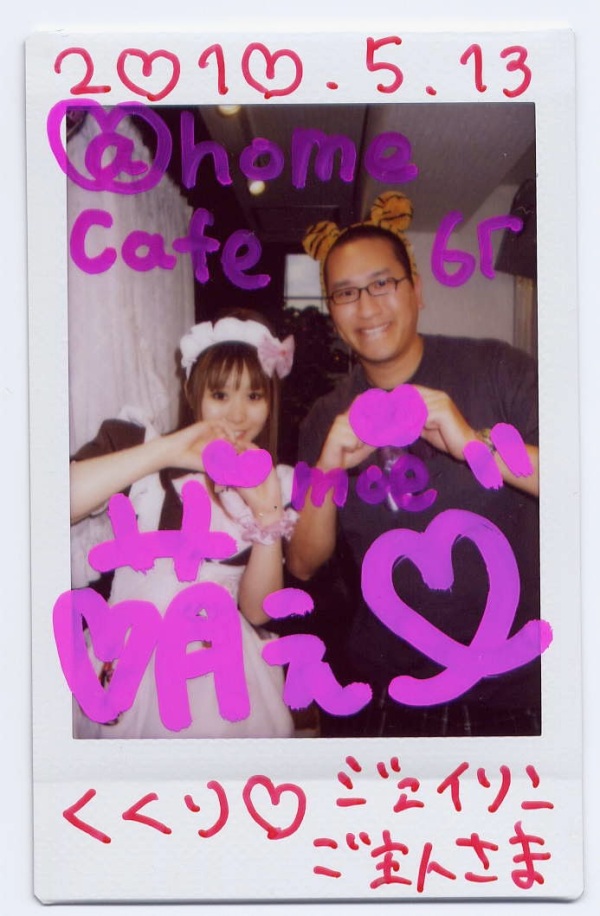 Walked around a little more afterwards. 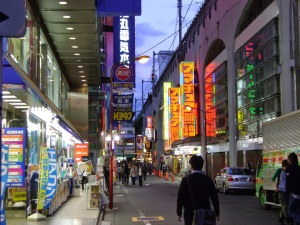 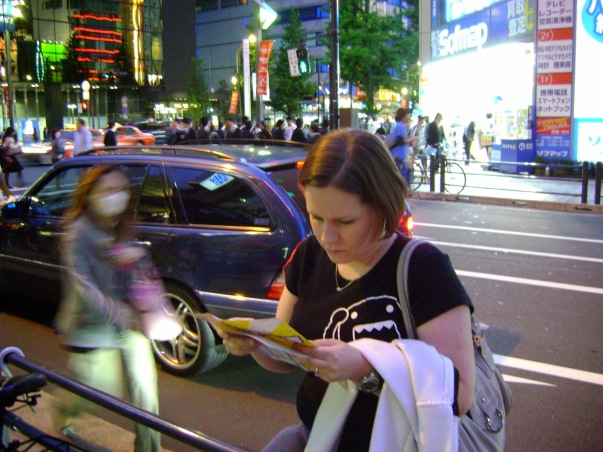 Even though I’m not a Gundam fan, I so wish we had gone in here. I’ve since seen videos online profiling it and it’s supercool. Judging on the huge line up, it must have just opened.

We went into the Ichi building before we left – something hubby had seen online and wanted to check out. Didn’t see too much. There was a museum type display of cartoon characters and a floor of just restaurants. That’s all I really remember. 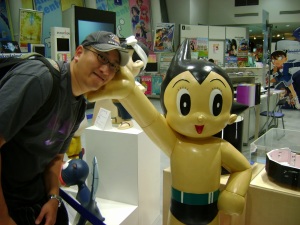 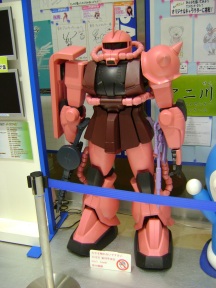 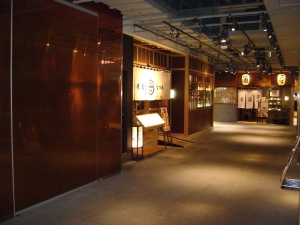 I love Japan for soooo many reasons. Fake food displays is one of them.

We finally headed back to our hotel, but ended up spending awhile in Tokyo station. I hope to go back someday. Why do we not have train stations like they do in Japan? It’s amazing. They are all cool, but Tokyo station is the biggest (and best shopping area). I was soooo tired at the end of the day, I was practically in tears. And my feet! Ugh. Hence, no good pictures. 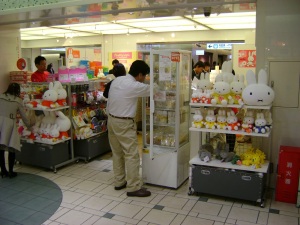 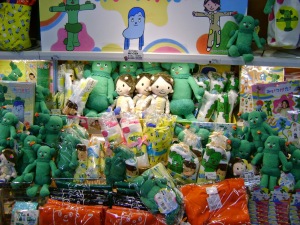 NOTE: Hubby may have hit Mos Burger on the way back from Hamamatsucho station (?) and we are pretty sure we saw a naked guy giving onlookers (us) a show from the hotel window.

This entry was posted in japan. Bookmark the permalink.