I have a tip for you. Or maybe it’s a request.

In general, please be kind. Being an asshole doesn’t serve a higher purpose. Ever.

More specifically, when you visit a restaurant, please be aware of your own mood and mindset before you paint the entire experience in your mind. If you are already cranky, odds are, you’re going to be seeing things in a more negative light than might be reality.

My boss came to me this morning and showed me a screen shot of a comment a customer left somewhere online (IDK where exactly) that they wrote last night after visiting the restaurant I work at. It was a long-winded, inflammatory comment accusing me of basically being a terrible employee. They claimed I was complaining about not wanting to work and saying I wanted to go home early while I was emptying the garbage in the front area where they were standing waiting for their food. Then I supposedly went straight from there to bag their order and touched their napkins and forks with my disgusting, garbage-covered hands. They also said they were waiting for over half an hour for their food.

What ACTUALLY happened was that I went to empty the garbage and mentioned to my coworker that I was doing it early because it was slow and there was a possibility we might close early like we had the night before. My complaint was that I wanted to be prepared because I had very little warning the night before and didn’t want to scramble to get everything I need to do done in order to close. (I’d actually much rather stay and keep my hours.) So they overheard part of a conversation between my coworker and I and jumped to conclusions.

To suggest I wouldn’t wash my hands after taking out the garbage is really odd. (Have we met?) The larger kitchen garbage, where I put the bag from the front, is right beside the sink. Why would I not wash my hands right then? Pretty sure I did! Not to mention, it’s behind a wall where the customers standing in the front can’t see around. There is also a cloth I am constantly wiping my hands on after everything I touch. That aside, I didn’t touch any garbage! I’m not shoving my hands into a garbage can. I lifted a practically empty plastic bag out without touching anything. And, I don’t put my hands all over people’s napkins and forks. I barely touch them either. And we don’t touch food AT ALL.

They also definitely did NOT wait half an hour for their food. It was a slow night. They were the only customers there at the time. It takes as long as the food needs to cook for an order to be ready. Saying that is just an example of how when a person is upset at something, when relaying their injustice back later, things are amplified to sound much worse than they are to garner sympathy. I see people do this all the time! (Not meaning just customers, but people in general.)

Anyway, whether they are in the right about me or not, is not my point. My request of people is that, if you feel like you have been wronged somehow or received bad customer service, just stop for a second and try to objectively think about how true it really is and what you hope to achieve by flaming them over social media. Do you want compensation? Do you want the boss to talk to that person so that they can fix their error and/or do better next time? Fine. Do that privately. Or are you trying to start shit and convince other people to boycott the establishment with you? WHY?! What purpose does that serve you? Do you feel better after doing that? Are you just being a nasty person and spreading your miserable attitude around and infecting other people? In this situation, based on the barest partial truth of the matter… sure sounds like it!

Here’s why I’d like everyone to take that moment to consider their actions: Your actions have an impact. When you make complaints like that – which seems to me like the only purpose is to validate your own negativity – you are messing with people’s livelihoods. Most people working jobs like mine need them in order to survive. They are people who serve customers all day long in order to get a pay cheque to pay their bills and take care of their families.

Thankfully, I’m actually pretty good at my job. I do make the occasional mistake from time to time, but I’m only human. And I admit it. So when my boss got this complaint, he was actually very surprised when I told him it was me they were referring to. He took it with a grain of salt at that point. Because it was me, he figured it was the customers who were spouting some crap. Someone else might not have been given the benefit of the doubt.

It’s not for myself that I ask this of you. It’s for those who aren’t superstars but still work hard and rely on their jobs to live. If you NEED to make a complaint, go for it. But first make sure you get all your facts straight and don’t exaggerate to bring others to your side. If your issue is legitimate, you shouldn’t need to.

Basically, don’t be an asshole. 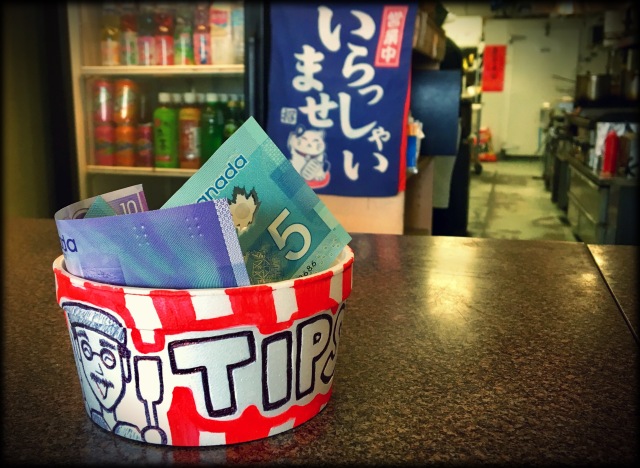