The fear I feel about talking on the phone is spreading. Lately, I feel real fear in the prospect of and the act of talking to people face-to-face now too.

I was always pretty proud of my ability to understand people. There have been times I’ve even ‘translated’ someone’s meaning to the person they were speaking to if I felt there was a miscommunication I could help out with. I base this ability not on deciphering another person’s actual words but through inference to what I think they mean.

Lately though, I feel at a loss for at least 25% of what is being said. I hadn’t realized just how much content I was missing. And this is causing me to doubt the parts I feel like I do catch. Who’s to say if what I am inferring from the rest is even correct?

This has been made obvious to me over and over again recently. I work at a restaurant where I am currently the only Caucasian person and one of only a few native English speakers. There is quite a variety of accents heard and varying degrees of English competency. Within the last week alone, there have been three separate “conversations” coworkers had with me where I had literally no clue what they were talking about. Countless more where I only caught the gist.

I guess I’m good enough at faking it to seem like I’m actively participating in a two-way conversation. Either that or my coworkers think I’m an idiot. But I hate it! I feel… unsafe, not having all the information I need. I feel foolish and at risk of being embarrassed. And I feel phony.

More and more often, I’m feeling this way in ALL conversation, not just ones where there is a language barrier. Even with people who are just as proficient in English as I am. And not just with strangers or mild acquaintances, whom I might not understand personally, but with my friends too! I feel like I’m missing something in almost every interaction. Not only am I not feeling understood but I feel I’m failing at understanding. It’s really scary for me.

Disengaging with everyone and not talking at all anymore is starting to seem more like a comforting option. 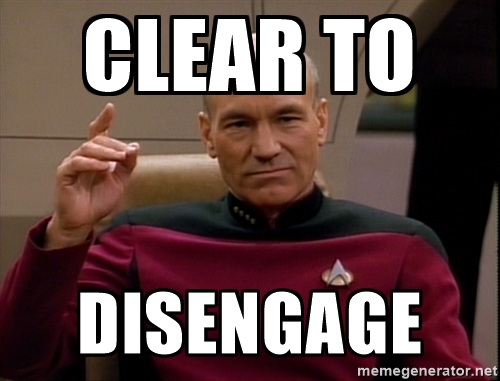