My NEXT Next Tattoo

I thought I should update my previous post about my tattoos. I did actually get that tattoo I mentioned and in the exact manner I described. 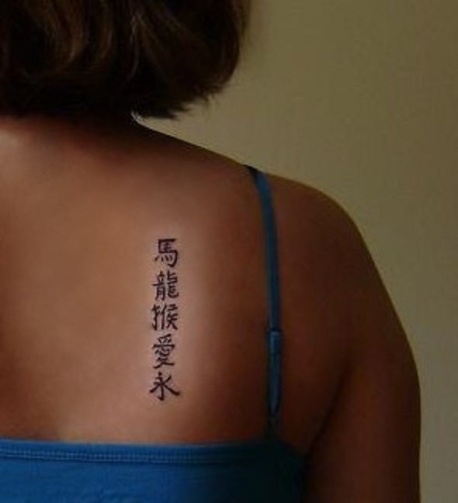 I did it again spontaneously. It happened almost the same way the first one did. At the same place too. Yonge Street Tattoos in Toronto. It was just over a year ago. I was downtown with a friend (different friend this time though) and we walked past and I said I wanted to go in to ask how much it would cost for that approximate tat. Turned out I would just get it done right then and there. It was kind of dumb that I did it that way though because I obviously didn’t have a reference material with me. So it’s in my own writing. But, in a way, that’s kind of cool. It has a few “glitches” in it which I meant to go get touched up, but as I said, it’s been over a year now.

Even though I really thought out the placement and everything, I still think this one ended up a little lower than I’d like. Oh well~ it’s still pretty cool, I think!

I already have my next planned out! If you know anything about me, you know I’m a huge Weezer fan ~ so what better than the flying W?!

If not just the =w=, then I would combine it somehow with this little guy from the Pinkerton cover (and famous woodblock print “Kambara Yoru no Yuki” by Hiroshige) to add a little originality. Or maybe the 2 separately? Who knows? I do know I want the =w= on my inner wrist but I was thinking the guy could go on my ankle or something. More planning necessary. 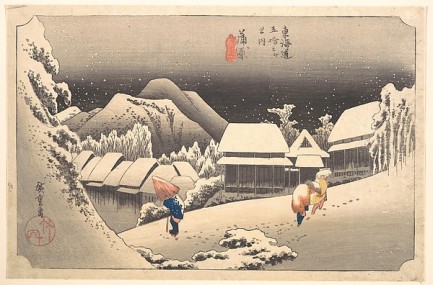 Another idea I had was getting the torii on my ankle. Just a small one, only like an inch square. Every tattoo means something or marks some milestone, right? So this would be my reward for finally going to Japan.

Hubby actually took this picture. It’s before the entrance to Fushimi Inari Taisha.

I mentioned in the other post that I was thinking about getting the kanji for loyalty as a tramp stamp. I think I’ve got enough kanji for now! I used to be a big fan of Miami Ink and Chris Garver’s work. I thought it would be awesome if Jay and I could take a trip down there and get him to do an artful piece for me. I like the symbolism of the lotus. You know~ beauty growing out of crap. I thought I would like a realistic style lotus with a stem with a greenish black quagmire (I mean cess pool… IDK if quagmire is the right word… I just thought it would be my only opportunity to use it in a sentence!) swirling around the stem. But, I promised myself I would rise above my shortcomings before doing it. Or else the symbolism is lost. It’ll be my reward. I’m almost there~

This entry was posted in personal and tagged tattoo. Bookmark the permalink.